Oxbow was the first wire-to-wire winner in 30 years.

Orb got caught in traffic on the back stretch and never broke through to challenge down the final straightaway.

In the end, rain was not a factor in the race.

Oxbow was coming off a sixth-place finish in the Kentucky Derby, where he made a move for the lead in the final turn but faded.

In the Preakness, Hall of Fame jockey Gary Stevens took control at the outset and never relinquished the advantage.

Oxbow was a long shot, going off at 15-1. However, Stevens told NBC he know he had won the race when his horse was in the lead at midpoint. He expected to be challenged, but Oxbow ran clear.

It was the sixth Preakness victory for Hall of Fame trainer D. Wayne Lukas and 15th Triple Crown victory, most in horse racing history.

“I get paid to spoil dreams,” Lukas said in an interview with NBC moments after the victory.

Mylute, with Rosie Napravnik in the saddle, came in fifth in the Kentucky Derby. Racing at the track where she earned her first career victory, Napravnik was attempting to become the first female jockey to win the Preakness.

Orb finished fourth. The Kentucky Derby winner became another casualty of starting on the rail in the Preakness. Since 1950, only two horses have won the middle jewel of the Triple Crown from the No. 1 post position.

Orb’s five-race winning streak ended on an overcast, windy day at Pimlico Race Course. The brown colt had not lost since Nov. 24.

The race was slow, possibly the slowest since Carry Back won in 1961.

It was the eighth victory for Calumet Farms, but the first since Brad Kelly took the reins of the legendary thoroughbred organization.

A breeding and training farm new Lexington, Ky., Calumet Farms produced eight Kentucky Derby winners. However, financial troubles in the 1990s nearly ended its existence. Massive debt and fraud led to a bankruptcy in 1991. A year later, the facility started to emerge from an overhaul and rebuilding.

Kelley leased the operation from Calumet Investment Group, which bought the farm in 2012. 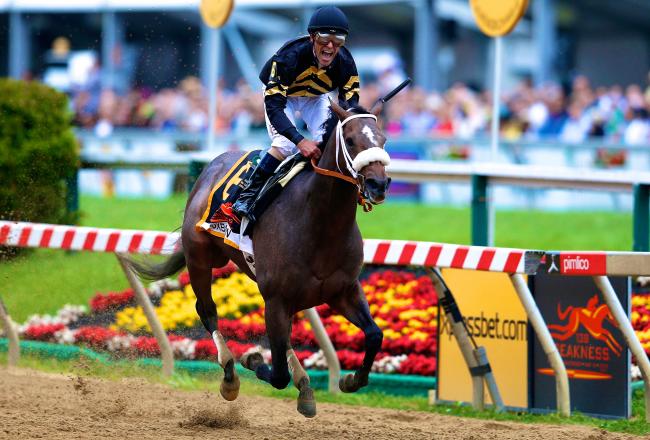 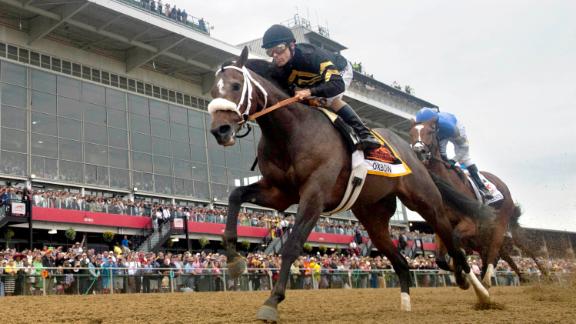 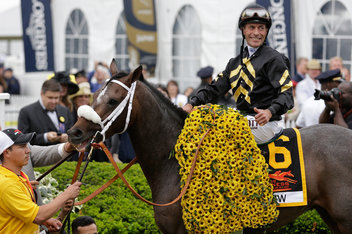 Orb would have come to be part of the triple crown winners but he came out of the gate bad and on his way to the lead he got between two horses and got pinched back. Oxbow would become the Preakness Stakes winner of 2013 and we will have to wait until next year to find out if there will be a Triple Crown winner.